An example of contemporary Japanese cuisine - omurice is a fusion of Japanese fried rice blended with a western style omelette. This particular way of plating up the omurice was created especially for the 1985 Japanese comedy film 'Tampopo', and worldwide is now considered the standard way to serve omurice.

The visual theatre as the omelette is split open and falls over the rice, enveloping the dish, can seem intimidating to a novice home cook. But don't worry, you can make a simplified version of this dish that is just as delicious; simply by not folding and sealing the omelette. Instead, just let it set lightly in the pan and place the omelette over the rice like a blanket.

For a simplified version, don’t fold the edges over, just let the bottom of the omelet set then place it on top of your pile of rice like a blanket. 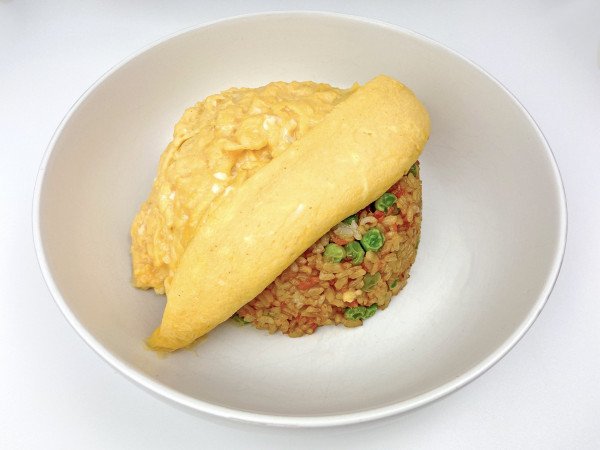