A commitment to good animal husbandry is critical to success in egg farming.

The CSIRO research findings again confirmed hen welfare is very important to the community and that the community sees a positive obligation for the industry to improve welfare outcomes over time.

Hen welfare is much discussed in the media but not always well understood. While hen natural behaviours and the advantages and disadvantages of different egg farming systems are important issues of focus, they are not always the most important drivers of welfare.

From a practical perspective, this will always be the manner in which hens are cared for, referred to as animal husbandry. Animal husbandry is the process of understanding animal needs, ensuring systems are in place to meet them, constantly monitoring for problems and fixing them as soon as possible.

This process is largely taken for granted by the community and rightly so. The community expects farmers to be capable of caring for animals and egg farmers pride themselves on their ability to do so. However, there will always be a practical challenge in ensuring consistent outcomes across the industry in all circumstances, including new and inexperienced farm workers or extreme events such as natural disasters.

In response, the egg industry has invested in a new welfare and husbandry training program to meet this challenge. The program covers all aspects of husbandry, including a focus on monitoring, so farm managers and workers have the skills to identify and manage issues as they arise.

The program also provides an opportunity to ensure farm managers and workers have a good understanding of contemporary animal welfare principles. A large part of animal husbandry is attitudinal, and the program seeks to embed a broad understanding of welfare and the community perspective that egg farms should be looking for and implementing improvements wherever possible. 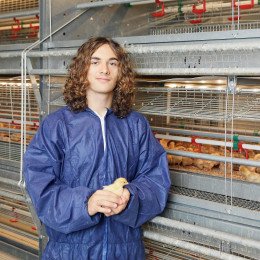 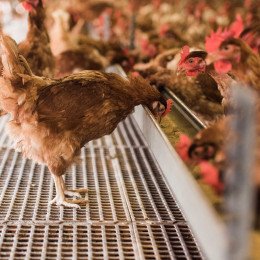 Beyond good animal husbandry, the egg industry must look for opportunities to improve. This means being prepared to critically review current practices and being open to change. Often substantial change will not be practical immediately, but the process of consistently experimenting and introducing small improvements is still important.

In examining current farming practices, the egg industry is spoilt for choice on areas that could be improved. The substantial growth in barn and free range farming systems over the last 15 years has presented new challenges as these systems are less controlled than cage systems and significantly more complex to manage.

Most recently, the industry has identified smothering as a significant welfare issue that requires improvement. Smothering is a natural hen behaviour that occurs when hens seek to flock or move to an area very quickly and through weight of numbers, crush one another to the point of injury or death.

The concern with smothering is that we do not understand enough about why it occurs. There are often clear triggers for smothering events such as a predator or loud thunder that instills a sense of panic in a flock. Other times there are no observable reasons, with hens seemingly taking an interest in an area of the farm and continuing to congregate to the point of smothering.

To progress this, the industry is investing in research that will build a better understanding of smothering. A comprehensive study involving observation of 80 flocks and analysis of production data will seek to identify the factors associated with smothering events, including the impact of farming systems, weather conditions, timing, light and the presence of stressors.

This research will conclude shortly and allow future testing of interventions to prevent or minimise smothers, providing improved management practice and welfare outcomes. 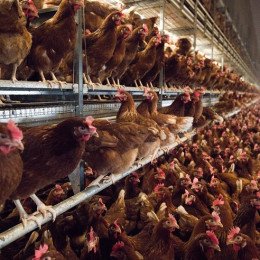 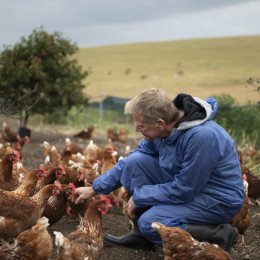 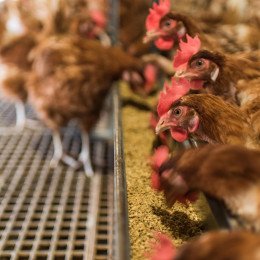 Values are the moral or ethical judgments required by individuals where there are gaps in available knowledge.

This range of views across the community has driven conjecture in relation to hen welfare, which has often involved perspectives based on different concepts of welfare.

Over the last two years the egg industry has explored the relationship between hen natural behaviours as the key emerging welfare issue and community perceptions on welfare issues. This began with obtaining expert guidance on animal welfare frameworks which confirmed the emergence of two accepted frameworks for welfare assessment.

These cover how a hen is coping from a biological perspective and the hens capacity to experience positive and negative affective states. The report also identified that the application of these frameworks required the application of values.

Values are the moral or ethical judgments required by individuals where there are gaps in available knowledge. As they are subjective in nature, values may always be questioned by others but always remain a matter of perspective.

The concept of values in welfare was explored through further research that identified important values-based questions arising from welfare science, such as whether it was better for a hen to be safe from predators and disease or have the freedom to access a range.

It is through questions of this nature that the strong divergent views on egg production systems within the community can be understood, as different perspectives will influence the purchase of eggs farmed in cages or alternative systems.

Most recently, the egg industry has invested in research to test the application of values by the community. Through focus groups and community surveys a clearer picture has emerged through which perceptions on hen welfare can be understood.

The findings show that welfare is complex and that people will struggle with that complexity, often having to deal with difficult trade-offs. The research shows individuals will place different emphasis on particular aspects of welfare which reflects the subjective nature of values-based issues.

The fact there is no one right answer is insightful to both the industry and the community in considering welfare issues. 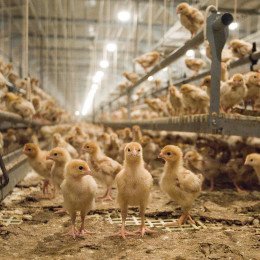 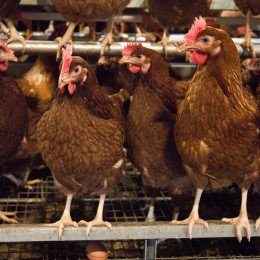 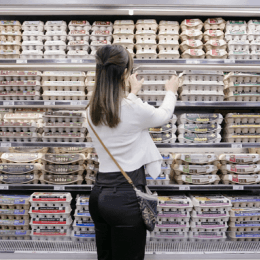 Download the report The complete report can be downloaded by following the link below.