Danny has extensive board experience in non-executive director and managing director roles. He holds an Advanced Diploma in Business, is a graduate of the Australian Institute of Company Directors and a Fellow of the Institute of Public Accountants

Danny has been actively involved in the the wider aspects of the Australian egg industry.

In 2014, he was awarded the Kondinin & ABC Rural Egg Farmer of the Year award. Bede has run a successful grain and livestock farming business, including laying hens and pullet rearing as well as ewes and breeding cattle, with his wife, Narelle, for more than 35 years. The farm not only produces most of its own feed requirements with an on-farm feed mill but has an extensive on-farm compost system as part of the fertiliser program for grain production. In 2009, Bede and Narelle’s farm was awarded the Brownhill Cup for Sustainable Farming, while the couple were also finalists in the same year for the NSW Farmer of the Year awards.

Bede has always been involved in numerous industry and community projects. Until recently he was Chairman of the NSW National Party, Chairman of the NSW Farmers Egg Committee and Chairman of Tamworth Rural, an unlisted public rural merchandising company. He is a Deputy Captain of the Tamworth branch of the NSW Rural Fire Services. Bede is also an active promoter of the industry representative body, Egg Farmers Australia.

Frank Pace is the founder of Pace Farm Pty Ltd – the largest producer, marketer and distributor of eggs in Australia. In the past, Frank has been the Honourary President of the International Egg Commission (IEC) and was the Chairman of the IEC from 2007-2010. He was honoured as the recipient of the 2010 Lindsay Bell award in recognition of his tireless work in both the Australian and International egg industries and was awarded the Dennis Wellstead Memorial Trophy for International Egg Person of 2004.

Frank Pace was previously the chairman of the Seven Hills branch of the Livestock and Grain Producers Association (LPGA) in NSW and a member of the NSW Farmers’ Association Egg Committee. He was also a previous committee of management member and Vice President of the former Australian Egg Industry Association (AEIA). Frank was also a member of the Agriculture Ministerial Advisory Council (AMAC).

In 2011, Frank was appointed a Member of the Order of Australia (AM) for his contribution to the egg industry, both domestically and internationally. Catherine has a background in commercial law and business and is an experienced non-executive director and chair. She has extensive experience at management and board level in diverse industries with expertise spanning agribusiness, animal health, biosecurity, food security, finance and audit, together with water, energy, waste management, health and education, research and development, with significant exposure to both domestic production and export markets.

Catherine is a pragmatic director with a strong focus on integrity, transparency and credibility.

Catherine has twice been a finalist in the Telstra Business Women's Awards, and was awarded a position in the AICD ASX 200 Chairs mentoring Program 2015. 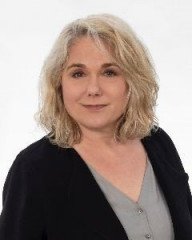 Liz has an extensive advertising and marketing background with global and national businesses and brands. She has worked across diverse industries including FMCG, retail, primary industries, health, animal health, travel and tourism, and technology.

Liz is owner, founder and CEO of Red Ark – a creative communications agency working with leading Australian brands as well as a range of Not for Profits for the past 15 years.

She has mentored young women for the past 10 years through Layne Beachley’s Aim for the Stars Foundation, Glass Elevator’s Walk the Talk, Marketing Women and Mentor Central.

Liz is a collaborative and outcome-focused director and brings her SME business management experience as well as her marketing expertise and commitment to ESG to the table. Rowan has a legal and compliance background and has been a key adviser to the agriculture sector and the egg industry in recent years. Prior to commencing with Australian Eggs, Rowan was a commercial disputes partner at global law firm, Baker & McKenzie, and held senior positions at the Australian Competition and Consumer Commission.

Through a focus on the agriculture sector in legal practice, Rowan has advised peak state and national farming associations and key stakeholders in the egg, chicken meat, cattle, dairy, bulk grain and agricultural chemical industries. Rowan’s involvement in the egg industry includes assisting the industry in its response to the free range egg labelling standard consultation process and working with egg industry representative bodies on the formalisation of Egg Farmers of Australia. Through this work, Rowan has been recognised for his strategic capability and his ability to effectively engage with key industry stakeholders.